Inspired by various sources, I designed a model for “Community Assemblies” at Resonate using meet.coop’s BBB setup. I’m passionate about collective decision-making and wanted a way for participants to have more live control of a gathering’s agenda and process.

During an assembly, folks move their cursors around on screen to participate: asking questions, doing rounds, proposing actions, etc. Experiments over the past 5 months with the model have been extremely positive. It’s been deeply inspiring to me and I want to share it with you too to play with if you so like. Thanks for what you do here!

The pdf to set it up is available on this guide along with detailed instructions for the “game” and how it is played together. 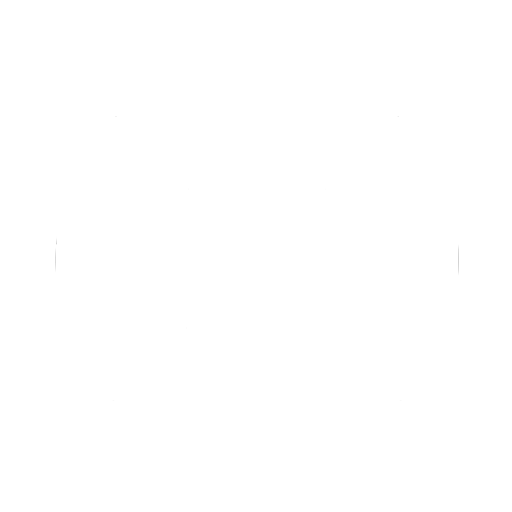 Assemblies are a new experiment at Resonate – a place to meet other members, learn what’s going on, and share and discuss ideas for the co-op. Orbiting an assembly are social hangouts, skillshares, and music parties organized by co-op members. If... 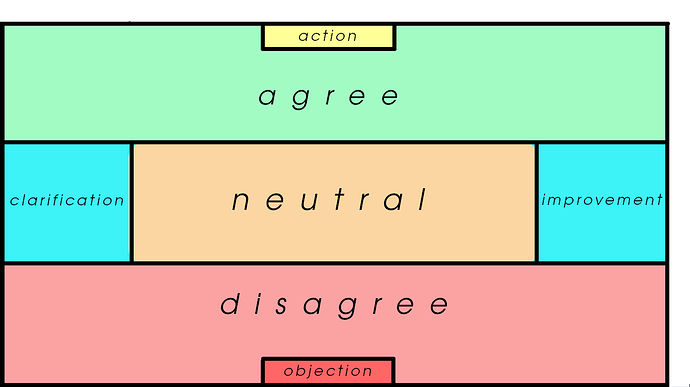 One of the four “assembly fields” used.

@Hakanto I like your democracy proposals very much. In some contexts we have used the multi user whiteboard feature to visualise the collective position about a topic, but your canvases or slides seem a real leap forwards!

You start with the getting together around the fireplace. A nice metaphore! Love it! Then the group moves to different “fields”, self managed, with the help of a facilitator.

In the resonate forum you have developed various canvases, one for each field:

How is the experience so far of using these fields during assemblies? Did you record sessions so people who are more visually oriented can get the idea quickly?

Thanks so much for sharing these methodologies and tools with the community, @hakanto. Maybe we can try this out at our meetings?

The experience has been awesome. The model has brought a lot more clarity to how folks can have agency during a virtual meeting. A lot more people can engage during an assembly than otherwise, with less talking over each other or folks feeling sidelined by a niche topic taking over.

Here’s a moment I loved from an assembly. Once when a particular proposal was getting off topic with many folks speaking up excitedly, I moved my cursor to action and then suggested we do an open comment round. During an assembly, any action like this needs to be voted agree or disagree by the group to be taken.

One participant moved their cursor to improvement and said, “Hey, I don’t think we need a round – I just think we’re off topic and we need to focus.” I said, “If that’s how others feel as well, let’s pass on this action and get back to the proposal.”

Everyone – even me! – moved our cursors to disagree to turn down my action and we got back to work with renewed attention. As the facilitator for this assembly, this was especially exciting to me as my goal with the model was never to decide what we should do, but to give the group ways to set their own agenda. A moment like this where the group can make visible and act on their collective sentiment is precious.

Other nice benefits: the terms clarification and improvement are showing up more broadly at Resonate, leading to better conversations and ideas. I notice here and there someone in our forum or a videochat saying something like “I have an improvement to suggest” or “I need/have a clarification on this”, mimicking how things work during assemblies.

Y’all mostly do sociocracy-style meetings among smaller groups right? I’m very inspired by sociocracy and am always looking to learn more about it. This assembly model uses some key sociocratic elements, but I can’t say from experience how it would work for a strict sociocratic meeting.

For a larger scale meetup at meet.coop – larger than “circle” size – I’m pretty darn confident this assembly would be worth a try. It was modeled in part after IWW’s union hall meetings so it has that “let’s get stuff done” attitude, but includes techniques like rounds and objections in line with consent decision-making for a less majoritarian vibe.

We’ve taken videos which would be fun to share, but unfortunately the built-in recording doesn’t include the cursors on screen. Since the cursors are key to the whole model, it would be truly great if they could be captured in the video somehow.

The only other hiccup is that if folks arrive at an assembly while it is happening, I need to reclick multi-user whiteboard on each presentation page to activate their cursor again. This didn’t seem to be an issue until recently, but it is tricky to keep track of.

Overall, assemblies have been a huge improvement in our collaboration and how we treat each other during meetings – I rarely feel like having a meeting any other way at Resonate.

that’s wonderful, @Hakanto! So the tool/methodology is really helpful for self-organising groups, what size do you think? This seems like something #facilitators / hosts would like to know of? When facilitators have lived how this works they may more easily want to introduce it in their collectives.

We try to practice a sociocratic meeting style with check-in, some people take a role, like facilitor, note-taker, (task) card-updater, and we work ourselves through a collectively agreed agenda and check-out. When decisions are taken during the meeting we do so by consent, though our methodology isn’t very fixed - as we are a small group mostly, things are relatively easy. When groups get bigger, the methodologies are getting more important, to avoid exclusion or alienating people.

About the video recordings: I get what you say that cursors aren’t shown. BBB isn’t recording them. I am not sure why not; maybe something to explore.

The only other hiccup is that if folks arrive at an assembly while it is happening, I need to reclick multi-user whiteboard on each presentation page to activate their cursor again. This didn’t seem to be an issue until recently, but it is tricky to keep track of.

That’ll be in the previous version of BBB. Maybe we should check how it works now, as the BBB 2.3 that is now deployed has brought several improvements.

Thanks again for sharing @Hakanto, maybe we could have a test & play session to try out these kinds of methodologies in BBB? That could be of interest to members interesting to learn and to share what group methodologies they have experience with. Maybe with a short check-in and then offers & wants. When there’s interest, this could happen without too much effort. I’d certainly be interested to hop in.

maybe we could have a test & play session

maybe we could have a test & play session

Just found this thread. Yes… emphatically! Have a demonstration. Very easy to use. (Even I have been able to manage it - roughly - while facilitating our Board sessions).

@Hakanto this is brilliant, thanks so much for sharing!