Confluence of the Commons - WSFTE

A meeting of commoners, sharing commoning practices and strategies in the run-up to the Confluences Spaces at the WSFTE

Could someone let me know which of these recordings are to be made public?

Also are there some other rooms that were used that are not listed here?

I believe these are all the recordings that were made, and I think they all should be published, but we’ve asked the coordinators to make sure. I’ll let you know as soon as I know more.

These are indeed all the recordings we were expecting, they should all be made public.

There are the presentations:

These are the downloads, please save any files you want to keep locally, these resources will not remain available at these URLs for long:

Thanks, @chris for sharing the recordings. I see that you store them at a subdomain downloads.ca.meet.coop - Is this a default way BBB organises processed recordings?

I’m wondering how we can facilitate people getting access to their recordings (so this is a useful exercise!).

No this is not a BBB thing, this is a product of the two or so days of development work I did for Open2020 to generate links to enable them to download the file.

I had to list the presentations here for the downloads HTML to be generated: 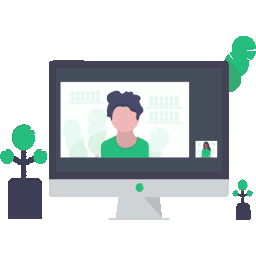 And then run the Ansible tasks with the bbb_downloads tag.

I have sent you a private message with the passwords, the reason I added passwords to those directories is because they contain the footage of all the web cams from all the meetings and people attending the event might not have expected this data to be made public.

When I have completed the work to enable us to run multiple Greenlight containers then we will also need to disable recording entirely on this server and only enable it for dedicated servers we build for clients.

. This was the area of greatest surprise for us in Open2020 - and I am a bit puzzled, why it has needed heroic custom effort by @chris

to hack this? Surely this is a widespread problem in Greenlight use?

I was in the meeting, and it was an interesting experience, commons-wise, procedure-wise and BBB-wise. It ran with simultaneous translation in four languages, using the live channel in one BBB browser tab (audio off) and the preferred translation channel in another (audio on) - often viewing one while listening to the other. Worked pretty well with agile tab-juggling.

The plenary used a very complex Etherpad document as agenda and inline documentation. It was way too complex to be handled well in a flat format like Etherpad - ran to over 700 lines before the meeting ended. Some kind of hypertext strategy was called for - like having a top-level framework document with links to a parallel document for each of the half-dozen segments of the meeting’s three hours of business (each of which would still be a hard-to-handle merge of four parallel-language texts, running to something like 100 lines)?

The facilitators - especially Monica - were great - cool and capable. There were a number of visible connection issues where folks had to reboot BBB, maybe device related. Probably broadband connections?

Quite where the meeting will take the commoning agenda is hard to say. There is ‘a methodology’ which looks very Euro-civil-society catholic and culturally diverse. How much of this is enforced by the WSF framework I don’t know - the Commoning focus is, I gathered, a bit of an opportunist latching-on to WSF, and it may go its own way (Barcelona-centred? Remix-the-Commons? I heard talk of (English) langage-centred networking rather than multi-lingual.). But certainly the scale and the translation was possible thanks to WSF. Thanks for posting @wouter