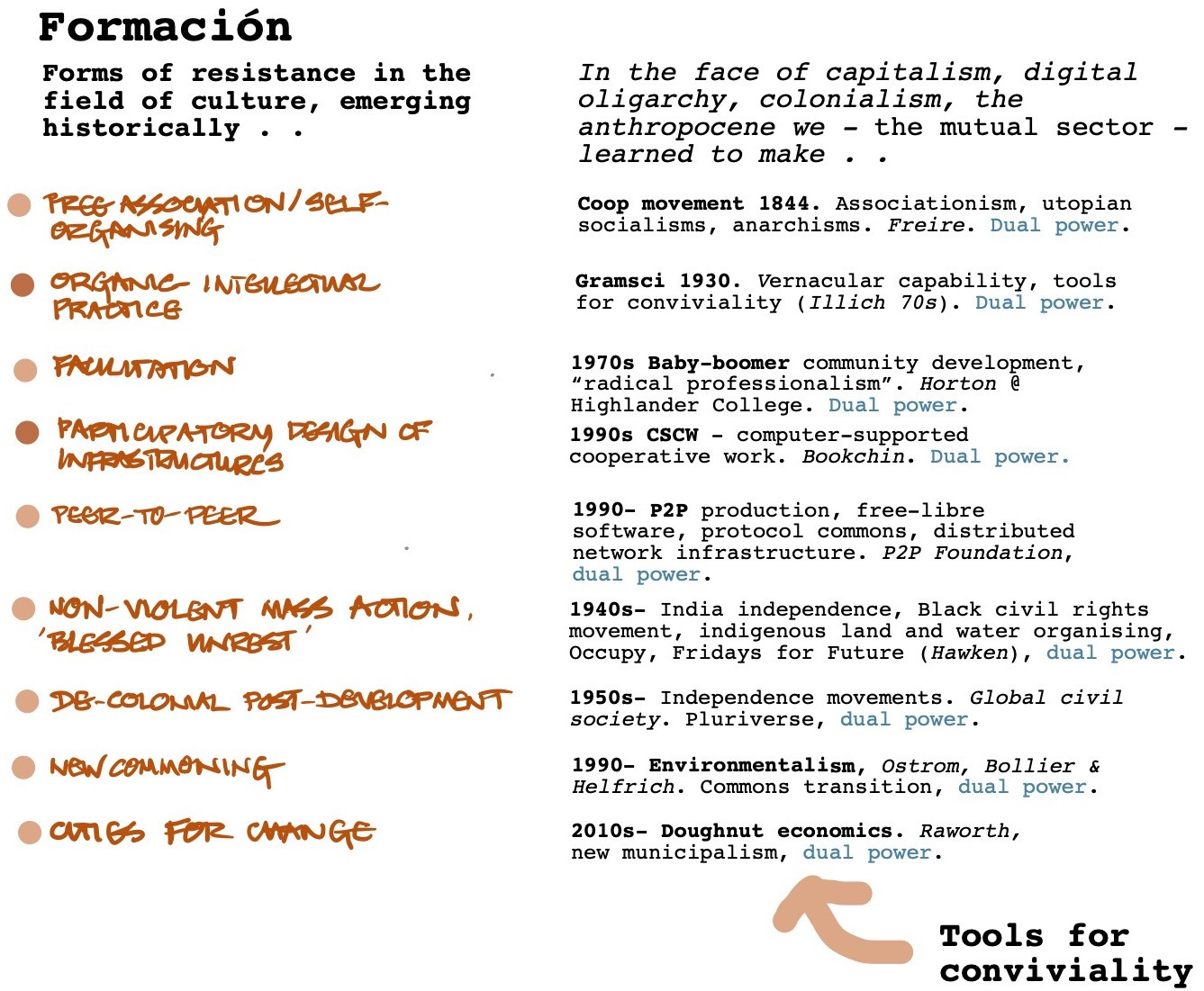 Nextcloud - a safe home for all your data

Notes:
In organising and conducting practices in our spaces, we draw on oppositional forms of collective know-how and capability that have emerged over two or three hundred years of ‘modern’ existence. They have emerged in struggle, in the face of deepening hegemonic forces of capitalism, environmental extraction, and regimes of supremacy of many kinds, including anthropocentrism, racism, fundamentalisms and patriarchy. As commoners, we practically oppose all forms of supremacy.

Tools for conviviality are altered social relations in the field of culture - that is, the field of explicit knowing and organising, communicating and visioning, planning and coordinating. These social relations have emerged historically through people’s struggles against capital, patriarchy, racism, colonial extraction and violence, environmental extraction and violence, and other modes of supremacy and elite hegemony.

We regard these oppositional forms as tools for conviviality, in a sense originated by visionary, cultural critic and aesthetic militant, Ivan Illich, and see ourselves mobilising of these tools in a practice of formaciòn.

Following Illich, in Free, fair and alive Bollier & Helfrich adopt the term ‘tools for conviviality’ to name a basic pattern of commoning. See: Use convivial tools.

Because it directly builds counter-organisational capability and dual power on a trans-regional, trans-sectoral basis (‘beyond the fragments’), via commoned infrastructure, the commitment to formaciòn and to tools for conviviality is perhaps more decisive than some of the other elements of meet.coop’s commitment to altered social relations (for example, contribution economy, regional federating or multistakeholder coop stewarding). See: Formación - Creating capability, Regional federating, Altered social relations.