For anyone putting hours into meet.coop and wanting to hang out and chat, please join us on #meetcoop on the Freenode IRC network. You can easily join via the web client (no account required): https://webchat.freenode.net/?#meetcoop. IRC is not very accessible but I guess we don’t want to invest in more infrastructure right now? I would be happy to see a rocket.chat or some other friendly chat free software, of course

Anyway, that’s something that can work for now.

We can easily bridge it to Matrix if you like we run a homeserver.

some other friendly chat free software

Turns out, matrix.org already mirrors our room, so it is easy to join there too.

https://chat.zulip.org hosts the dev and user community and has a lot of activity, check it out for a busy space. Code is mostly Django + JS, the project seems healthy & well cared for.

I’m in an experimental instance of Zulip, related to digital life community
https://colab.zulipchat.com
I love the threaded idea. The interface is quite nice (nicer than Riot/Matrix). But I feel something lacking - haven’t spent enough time there to put my finger on it. Would be glad to exchange thoughts. Not sure how well searching works, on the ‘back catalogue’. The biggest issue may be, Zulip doesn’t federate with other instances, like Riot or Mastodon - or even Telegram.

I’m looking at https://chat.zulip.org/ to see how “browsable” a busy space is. Searches can include filters like stream:topic, but the search result list can’t be sorted or filtered AFAICT

The biggest issue may be, Zulip doesn’t federate with other instances, like Riot or Mastodon - or even Telegram.

It does have gateways for 2 way integration with IRC and Matrix.

Aether - Has anyone worked with Aether - a channel-based Slack/chat/Reddit/Usenet/Mastodon alternative that is threaded, and interworks fully with email, so that members of a community aren’t compelled to use Aether? https://getaether.net/docs/how_is_it_different_from/

I work on the development of Aether Pro that is the version that supports email features, because it is a server-client model, whereas the link you posted in the completely peer-to-peer version which makes features like mail and access control “impossible”.

Think of the P2P as a big public space like Reddit except with fully distributed storage, network, and moderation. The Pro is a service run for private teams, such as a single organization and has e2e encryption on the cloud and can be hosted on-premise.

the development of Aether Pro

I didn’t mean to reference the open P2P version. I meant Aether Pro. Is Aether Pro something that you believe could have advantages for meet.coop internal communication? This is the reason for me being interested in it.

I heard of Zulip but never tried it myself. Aether Pro is firstly a mark-down based forum format suitable for async comms (like here) but also allows people not using the app to participate in the thread via email. An email appears like: 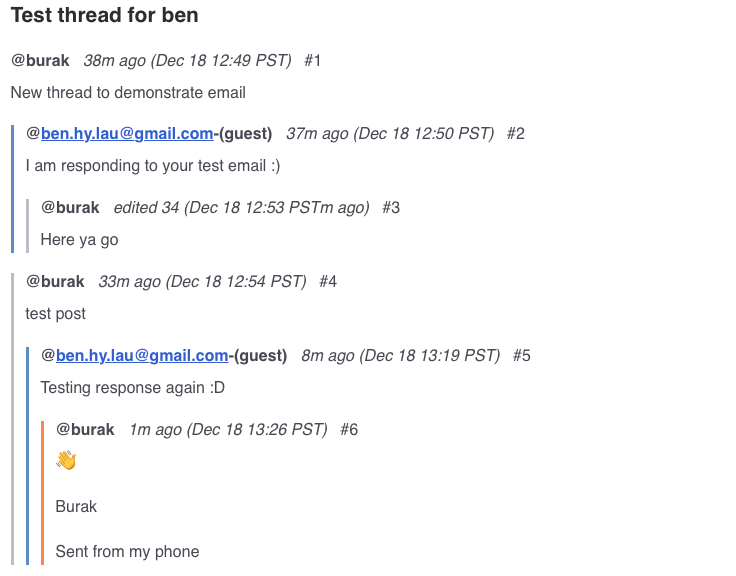 Right now we are working on a major release that will also support sync chat with the intention that it is used for certain tasks (like having a videocall) instead of being the primary mode of comms bc real-time chat all the time is a productivity killer.

Aether Pro however, does not support file attachments or have integrations like Zulip at the moment. I think these will make it unsuitable for Meet.coop to use as primary mode of communication. In my opinion, this forum + our IRC-Matrix room serves the purpose and will de-prioritize switching to a new platform. Once we have sorted urgent issues, we can have a single circle trial different tools as needed, before bringing them into the org as a proposal.

Turns out, matrix.org already mirrors our room, so it is easy to join there too.

For other matrix/riot newbs like me… took me a little while, but I figured out how to join…
you can just type the following into any room you are already in.

We have been testing Zulip amongst our “worker coop innovation group” in Japan and so far I am loving it!

Would be glad to hear more on Zulip. @Yasuaki have you tried to federate with communities, outside your own Zulip instance? I think this broad social capacity - as in Riot or Mastodon for example - would be important for cultivating the broad user- and producer-community of the coop.

For internal communication - the kind of operational stuff among work teams that we’re now starting to handle thro ‘circles’ - some other medium is needed, something more like Rocket/Slack/Aether Pro? Personally I’m not yet convinced that the Discourse forum is well fitted for this. Not sure whether that is interface (‘Categories’ isn’t a prominent and visible part of the interface, in the way that ‘Groups’ are, in Rocket/Slack type media), or basic architecture.

Maybe it needs a couple more Riot/Matrix rooms to be opened, for the other circles of meet.coop, alongside the existing code- and server-centred exchange. But as a casual Riot user I have a hunch the interface, for this purpose, isn’t as well structured as a Rocket/Slack kind of channel? It needs multiple threads, not a single thread? Like . . Telegram is terrible, except for VERY immediate ‘hot’ exchanges! Back to threaded media again . . which is where Zulip came in.

Comparative experience would be welcome here . .

Sorry @mikemh I may have overstated

My brother set up Zulip just recently and I really liked it - it seemed to be more sophisticated in the core features like searching.

Bur I don’t know anything about its federation capability.

Together with collaborators, we are thinking of setting up a BBB + Canvas LMS - based forum, hosted by volunteers to discuss free software and beyond on regular schedule.

And the reason is exactly to answer or discuss this kind of questions!

It seems that zulip-zulip federation has been in discussion for quite some time, but it isn’t ready yet: https://github.com/zulip/zulip/issues/356. We’re doing a small test at femProcomuns to see if we can use it as a replacement of chat+email at least for some teams/projects.

to answer or discuss this kind of questions

We all are chasing after this

These two conference sessions below may be relevant, now on video from the Open2020 conference. There are some associated notes too . .

@wouter @dvdjaco Maybe Monica would also have an interest in these, related to the New School/Mondragon course?

Personally I’m not yet convinced that the Discourse forum is well fitted for this.

Discourse great for asynchronous discussions, but yeah Riot/ Matrix (or Rocket Chat, or Zulip, but Riot what is already in place) better for synchronous chat.

Not sure whether that is interface (‘Categories’ isn’t a prominent and visible part of the interface, in the way that ‘Groups’ are, in Rocket/Slack type media), or basic architecture

It’s totally possible to make Categories more prominent (and yeah, would make sense to have Discourse Categories and Riot Rooms that match up with Circles).